According to Facebook Spokesperson Facebook is splitting messenger (Chat) services from its main Facebook app. That’s why users of the Facebook mobile app, who have not yet downloaded the Messenger app are given the option to download the messenger app every time they visit ‘Messages’ on the social networking website’s app. 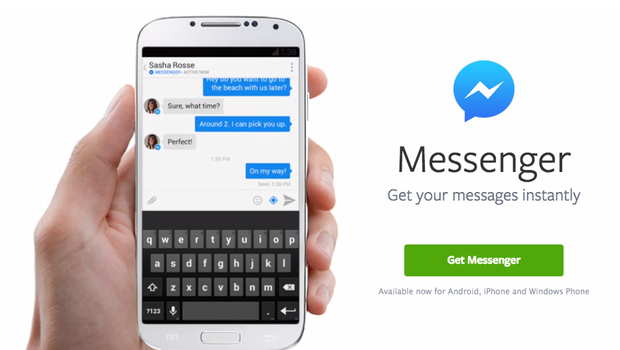 Soon, it may no longer be a choice, but the only thing left to do is adding switcher for messenger in its main app.
Facebook messages will disappear from the main Facebook app which will show Switcher for messenger in same tab with quick notification. According to Facebook spokesperson earlier this week messages can be accessed only through the Messenger app. The split in Facebook messaging system is only for users who use Android and iPhone Facebook app. But it’s not clear exactly how long it will take for all this splitting process. According to spokesperson to see a complete change users need to wait till the coming weeks.
Facebook app has been prompting users to download Messenger since April, but users could still access messages without downloading Messenger until now. As I haven’t used Facebook messenger for last 6 months I am also frequently asked to download Messenger. I think Facebook will implement this change within this week because it has announced mobile users need to download both apps as users have received an email alerting messages would be moved over to the Messenger app in the very near future. According to Facebook spokesman it will be easier for Facebook users with these changes, switching to Messenger will be beneficial to all as it is faster and more reliable.
If you have not installed it in your smart phone you can download it from Play store for android and AppleStore for iPhone. Install it in your mobile therefore you won’t have any hindrance with its changes.
Tags Apps, News