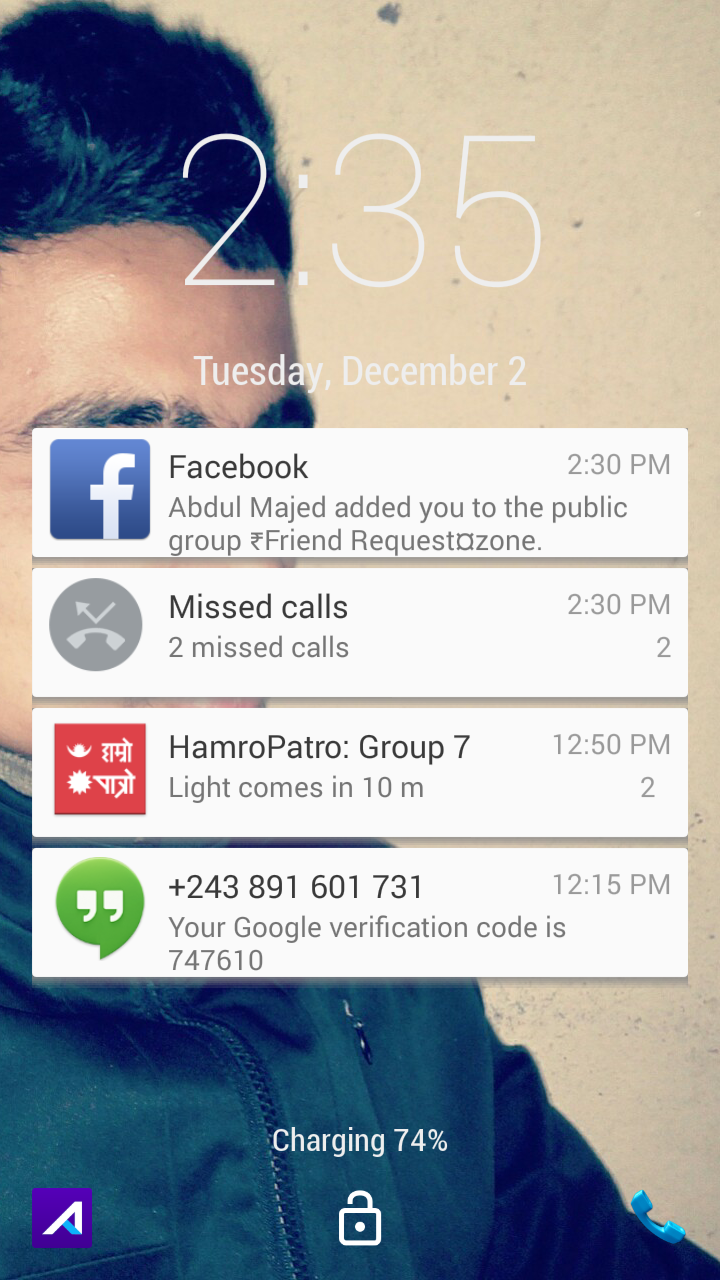 Android Lollipop is the latest android version after Kit Kat as it is also named through chocolate as all of android's version are named by chocolate name alphabetically it’s also named as Lollipop. It has been highlighted in smartphone market for its design and awesome features. You can even adjust the OS to display notifications from the most important people and apps for specific time or an important meeting. The notification panel is being merged with the lock screen, so you can see what's going on by displaying notification on lock screen as you pick up the phone and get where you need to be with intuitive gestures- a double tap to open an app with related notification shown in lock screen or a swipe to clear a notification. You can view notification list with in your screen as shown in figure beside.
Lock screen is similar to the notifications panel and you can easily view notifications without unlocking locked screen. Though main notification screen seems as it has gone, that's still there too and has got some changes on it.
I think Android Lollipop learn from you by working out what you look at and interact with more often while using your mobile phone.
Tags Apps